Last week we had a conference and prayer time on a big island just off the coast of a nearby city. I decided to stay in that city one more day after the conference before returning back home. I wanted to take some time to meet with some of my friends in that city, and catch up with them beyond the constraints of the conference.

So, my one friend (we’ll call him Ryan Marswell) and I were having coffee in one of the more popular areas of the city, and we decided we wanted to go see if we could meet anyone and pray for anyone. We walked around a bit, talked to a few people, and eventually came across a few rollerbladers that were just hanging out. Ryan and I looked at each other, nodded, and started walking towards them. We walked up and asked, “Hey guys, quick weird question for you: Do any of you have any pain or sickness, or anything wrong in your bodies?”

Three of them, predictably, gave us a look like, “Whatcu talking about??”

However, the fourth said, “Yeah, my right leg hurts”.

So, we prayed for him, told the pain to leave, and asked Isa to touch him. Then we asked him how it was.

Me: “It left? What does that mean?”
Him: “It left. The pain left. It doesn’t hurt anymore”
Other rollerbladers: 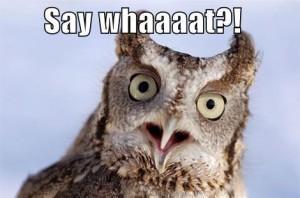 2nd Rollerblader: “Hey, my leg hurts too! I fell trying to do a trick, too. Pray for me too!”

So we did. And he got healed, too. As did another couple other friends.

So, I told them what I often do in situations like this: “Man, Jesus really loves you guys!”

One of the guys, a devout muslim, said, “Yeah, we know Jesus loves us. We love Jesus too. He was one of our prophets and a great man.”

“Wait, you mean, like, that Jesus and God are one?”

“Yes, that’s exactly what I mean.”

After that, they started asking questions: Who are you? Are you Christians? Are you Catholic or Orthodox?[the only types of Christians they know] Where did you learn to speak our language? Why are you in the country? What do you believe?

So we answered their questions. In the process, I explained the gospel, and that Jesus came to the earth, lived a perfect life, and died for us and rose again, and sent His Spirit to live inside us, if we ask Him to come and forgive our sins and give us new life.

My friend Ryan, having only been in the country for 2 months and still learning the language, was standing on the side praying for the guys as they were hearing the gospel, not entirely sure what was being said, but listening for what God wanted to say. God started giving him words of knowledge, which he asked me to translate.

Ryan: “Hey, do any of these guys have anything going on in their wrists or hand?”

Me (translating): “Hey, do any of you guys have something going on in your wrist?”

Me: “Ok, in that case, my friend Ryan is going to pray for you, and Jesus wants to heal you.”

In the end, we had 11 guys standing around us, listening to us talking about Jesus. Eight of them got healed of various injuries, and all of them heard about Jesus.

As we felt that time was coming to a close, we told the guys, “Hey, we’re going to get going now, but if you ever want to talk more, or have questions about Jesus, or anything, feel free to take my phone number,” and about half a dozen of them did.