When I was back in Canada this past October (or before I moved to the Middle East and I would tell people I met where I was planning on moving to) people’s responses would tend to fall into one of two categories.

One group, knowing the need for Jesus in this side of the world, responded with excitement for what Jesus wants to do here.

The second, and often more common reaction tended to be based on fear.

I’ve been thinking about the fear behind those questions the last couple weeks. As many of you probably are already aware, there was a large bombing in my city a little over a week ago. The bomb killed almost 30 people, and seriously wounded dozens more.

The bomb went off only 7 km from my house, and about 2 km from the office where I spend much of my time. Back in October, there was another bombing which killed over 100 people, wounding hundreds more. Again, this bombing was very close to the area where I spend much of my time. Add to that the fact that there’s war in two of the bordering states, and ever declining political situations with neighboring countries, and you get a pretty bleak picture.

It’s a very evident reality that the country I’m currently trying to help refugees from could very soon become like the countries from which those same refugees are fleeing from.

What one of the cities in the country I’m working in looks like, right now: 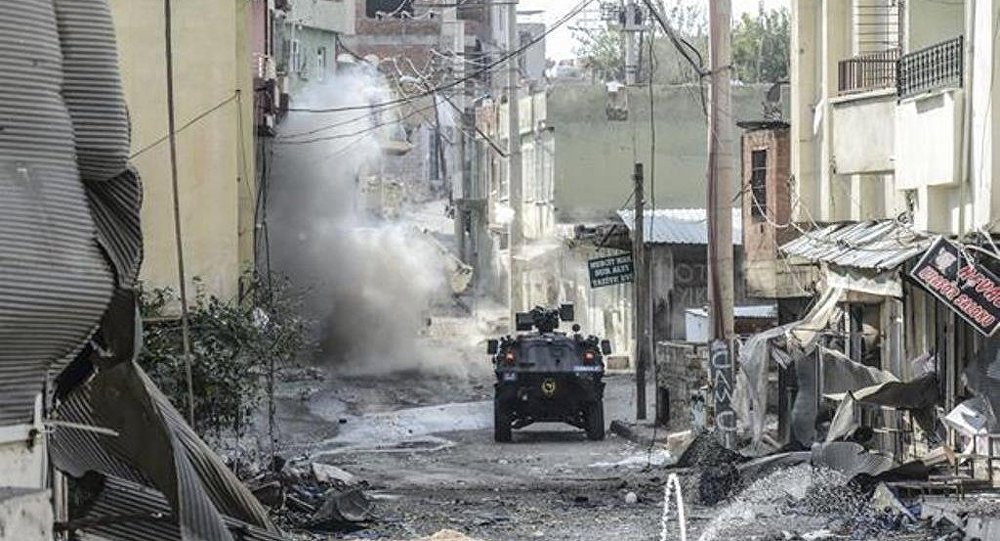 The fact is, Yes, I live and work in an environment where at any moment a suicide bomber could walk in and take out our office, or a car bomb could destroy my apartment building, and my friends and I could die without a moment’s notice.

So, what answer does that leave me with for those who think the Middle East is filled with nothing but terrorists, suicide bombers, haters of Christians, and people just waiting to kill me in the name of their religion, and that I shouldn’t come here because of that danger?

Well, I have a few thoughts I want to share about that,

First thing I want to mention is some thoughts from scripture.

If you haven’t read Romans 8 in the last month (or week… or day), do yourself a favor go read it right now, and then come back here. It’s ok, I’ll wait. 🙂

Is your mind blown? If not, go back and read it again, slower, and out loud. There’s a lot of really amazing really crazy stuff in there, and if it doesn’t challenge and encourage you, message me. We should talk.

Paul said in 2 Timothy 1, “For we have not been given a spirit of fear, but of power, love, and a sound mind“. There’s this principle in scripture that when we receive His Spirit,  fear isn’t part of that package, but other amazing things, like sonship, love, power, and a sound mind.

What does that mean? Well, one thing I see it means is that if I’ve decided to give my life to Jesus, whatever decisions I make in life can thereafter never be made in response to fear. That doesn’t mean I don’t have any fear in what I do, but that any fear we have must not sway our decisions. More on that in a minute.

18 I consider that our present sufferings are not worth comparing with the glory that will be revealed in us. 19 For creation waits in eager expectation for the children of God to be revealed…

22 … We know that the whole creation has been groaning as in the pains of childbirth right up to the present time. 23 Not only so, but we ourselves, who have the firstfruits of the Spirit, groan inwardly as we wait eagerly for our adoption to sonship, the redemption of our bodies.

Whenever I’m involved in leading Street Invaders teams, this is a passage I try to make sure to talk about with the students. It’s one that I keep coming back to in my life. Creation is eagerly waiting for the children of God to be manifested.  That’s us! Creation is waiting for us to walk out the fullness of our sonship. We have the firstfruits of the Spirit, but there’s much more available for the world. I don’t know about you, but I groan inwardly to see both creation and myself step into the fullness of redemption and sanctification that has been bought for us.

I believe there’s a sense in which that “redemption” is a future event (thus our “waiting” for it, as Paul says), but I really believe it is also an eminent, “now” thing that we have access to now. The “revealing” the world is waiting for is a switch that’s in our hands. We choose to be “revealed” or “not revealed” every day. I choose to be revealed when I see the skaters on the street and offer to pray for them, or I share the gospel with that guy in the coffee shop; and I choose to not be revealed when I’m in conversation with a coworker who needs encouragement and I keep my mouth shut, or I see someone I know needs a touch from God and I walk the other way. Paul says creation groans for us to make the decision to be revealed; to shine in the midst of the darkness of the world.

For me, I know God has called me to live in countries more dangerous than normal, and bring Jesus there. That’s part of what living “revealed” looks like for me, but that being revealed looks different for everyone. For my brother, it means living in the metal music scene, and shining Jesus’ light in the midst of the pain and rejection that youth in that culture experience. (Side note: his band just released an acoustic song, and it’s awesome! Even if you don’t like metal music, you’ll like this song. Check them out: Between Now and Then ). For other friends, it has meant pursuing medical education, business, IT, teaching or dozens of other things, and living out Jesus’ life in those contexts. Those things are awesome. The medium doesn’t matter; what matters is that you love Jesus with all your heart, all your soul, all your mind, and all your strength, and you show love those in front of you with the radical love of the Father that the earth is groaning for.  We can’t afford to live anything less than that “revealed” lifestyle.

35 Who shall separate us from the love of Christ? Shall trouble or hardship or persecution or famine or nakedness or danger or sword? 36 As it is written:

“For your sake we face death all day long; we are considered as sheep to be slaughtered.”

37 No in all these things we are more than conquerors through him who loved us. 38 For I am convinced that neither death nor life, neither angels nor demons, neither the present nor the future, nor any powers, 39 neither height nor depth, nor anything else in all creation will be able to separate us from the love of God that is in Christ Jesus our Lord.

Everything I have, every skill I possess, and everything I am is of such little value compared to His Love, and His presence (More on my recent thoughts on that here). There’s nothing, NOTHING that can separate us from the love of Christ that is in Christ Jesus. Death is not strong enough of a force to keep us from Him. Nor are demons, or hardship, or persecution, or danger, or war. These are NOTHING compared to His love. So, I can’t use them as excuses to not follow Him. Believe me, I tried to argue it logically…. I failed 😛

Three years ago when God was calling me out to the Middle East the first time, I had a LOT of fear. It was easily the most fearful I’ve been in my life. There was a pastor who had done work in this country who told us that if we were to preach the gospel where we were planning on going, it would result in our assault, kidnapping, ransom, and possibly death. I prayed long and hard about it. Honestly, I was looking for an escape. I didn’t want to go through that.

“Fight? Against that? NO! We will run, and we will live.”

“Aye! Fight, and you may die. Run, and you’ll live, at least for a while. And dying in your beds, many years from now, would you be willing  to trade all the days, from this day til that, for one chance,
JUST ONE CHANCE
to come back here and tell our enemies, that they may take our lives, but they’ll never take our freedom!”

That got me. I realized, no matter what happened if I didn’t give it my all and obey in the midst of my fear, I would live in regret knowing there was more God had for me that I didn’t step into. I would have always wondered what would have been, and I would have wept for that “one chance” to go back again and tell our enemy that my life is a small price for the freedom we’ve been given in Christ.

All that to say, I refuse to give a response to fear that keeps from from walking out what God is calling me to. They may take my life but they’re not stopping this kingdom.

Final thought on this topic:

Where I live is honestly not super dangerous.

Yes, there have been 3 major bombings in cities I’m regularly in, in the last 6 months. However the truth is, compared to the places I often am in Saskatchewan (ghetto areas like Westside Saskatoon, North-Central Regina, West Flats Prince Albert), or compared to places where millions of Christians are living their lives and are actively hunted down to be killed (India, China, Iran, Pakistan, Sudan), my day-to-day life in the Middle East is statistically much safer than where I often am in Canada, or many other areas I could be. The neighborhood I live in is very quiet, very peaceful, and filled with very kind and very hospitable people, that want nothing more than to talk with you over a glass of tea. They want peace in their country as much or more than any of us, and they’re scared by the attacks as much as you or I would be if they were to happen in our cities. They are far from the “scary Muslims” it seems like many North Americans (and Europeans) expect to find from a country in this region of the world.

This post was a bit long and scattered, so here is the “Too long; didn’t read” summery: